It’s the start of a new year and time to take on some smart strategies to step up your agency’s business development and marketing game in 2017.

Whether you’re an established player seeking ways to stay relevant or an upstart eager for more awareness, your new business approach in 2017 will define your company’s growth. As the industry morphs – driven by changes in the tech landscape – how should your strategy evolve? What can you do as a new business or marketing person to better capture and create opportunities in the next 12 months?

Our first event of 2017 will be a discussion, led by top experts, who will give you a glimpse into the future of agency new business including using technology to tell your company story in new ways; how to embrace less AOR opportunities and capture more project work; and examining where the lines blur between company brand and your personal brand. We’ll also tackle the tough questions, like burnout and knowing when it’s OK to tune out on social media.

Introducing us to the evening and the panel will be Krystle Watler, Director, Business Development for Arnold New York. 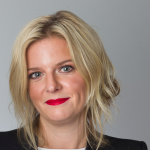 Lindsey Slaby – Founder, Strategic Marketing Consultant, Sunday Dinner
Lindsey is a natural born connector and a networking maven. Her goal is to see a seismic shift in how real partnerships come together to bring great creative ideas to life. Her side gig had always been seeking out top creative talent and bringing them together with other innovators to create partnerships that generate new approaches to solving marketing challenges.  In 2014, she formed a company called Sunday Dinner dedicated to evolving the way in which brands and independent agencies collaborate.

She has split her career managing smaller agencies and sitting inside major agencies trying to find ways to bring outside talent closer to the creative process. Her last role on the agency side was at Droga5 leading digital production and growth in key digital departments.  Previously she supported nationwide production oversight and digital transformation for Cramer-Krasselt. She has led digital campaigns for a virtual who’s who of major brand clients including HP, HBO, Porsche, General Motors, Coca-Cola, Target, Samsung, Google, and Unilever. 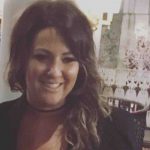 Laura Correnti — EVP, Managing Director, Media,     Giant Spoon
Laura is a trailblazer in media and marketing and is leading Giant Spoon’s Media Center of Excellence, a department responsible for delivering strategy and buying with a sharp focus on creative media partnerships. A brazen leadership voice, she is creating first-to-market ad models and programming branded content opportunities that lean into culture and capitalize on technology. Championing a no-RFP stance and transparency standards, Laura’s clients look to her to strategically identify where their brand can capture attention to drive business results while delivering industry and consumer impact.

Responsible for leading GE’s media strategy and execution, Laura is spearheading award-winning (Cannes Grand Prix, Adweek Media Plan of the Year, MediaPost’s Creative Media Award, Webby) work and activating best-in-class partnerships, including collaborating with The New York Times to introduce virtual reality to the masses, and reviving GE Podcast Theater by launching the eight-episode, science fiction podcast series “The Message,” which is now in its second season, entitled “LifeAfter.” She also created the first brand-themed edition of Lena Dunham’s LennyLetter.com, partnering with GE to highlight the impactful voices of women in technology and STEM, and additionally, worked with GE to reimagine the upfront, creating the vision for GE’s annual AppFront.

In 2016, Laura was named an AWNY NextGen winner as part of its inaugural class. Before Giant Spoon, she was one of the youngest Group Account Directors in OMD history, after beginning her career with GroupM’s MEC and Mindshare. Laura has a Master’s degree in Advertising from the University of Texas at Austin and B.A. from American University. 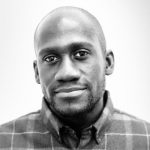 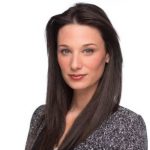 Simone Oppenheimer – Director of Business Development, North America, Ogilvy & Mather
This month marks Simone’s third anniversary at Ogilvy, overseeing new business for North America. Simone has led the growth and acquisition of clients such as Coca-Cola, Nationwide, Motorola and Southwest Airlines. Prior to her current role at Ogilvy, Simone was at WPP sister agency Young & Rubicam. Building her career in a small agency,  Simone helped launch the company and lead business development and communications for Campfire, the New York social and branded content agency. Over the course of seven years, she helped Campfire boost its profile with MediaPost’s Small Agency of the Year award and Ad Age’s Campaign of the Year honor. Together with the Campfire team, she won and delivered unprecedented results for blue-chip clients including HBO, Verizon, L’Oréal and Infiniti. When she’s not working, you can find Simone in the suburbs enjoying her most important job: mom to her two children, Jake and Sophie. 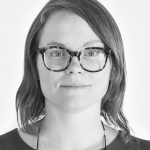 Frances Cocker (moderator) – Director of New Business, Work & Co
As the Director of New Business at Work & Co, Frances helps Work & Co‘s client partners – such as Apple, Nike, Facebook, Google, Chase and Marriott – align needs with agency capabilities to build sustainable relationships. Her past roles have included business development at Lippincott and Huge, and operations experience in the non-profit sector. Frances holds a BA from the University of North Carolina at Chapel Hill and MBA from Baruch College.

Get your spot to our FREE event through Eventbrite here. Our events get booked up quickly. We kindly ask that if you find out that you are unable to attend on the night, do release your ticket via Eventbrite or let us know via email shesays.ny@gmail.com so that someone can make use of your spot.

Thanks again to Arnold Worldwide and Work & Co for partnering up with us on this timely event. It has been a great team effort!

Beyond the elevator pitch