Here’s what you missed at the last #SheSays event: Together

Making the circle bigger — together #diversity

The theme of the conversation — diversity and allyship — is entrenched in our global and South African history of oppression and racism. Maunatlala emphasised the importance of this discussion by drawing on the words of renowned American activist, Angela Davis: “There are only two sides. There’s racist. And there’s anti-racist. The anti-racist is the active human in you that looks for your personal bias and tackles it. If you’re not actively removing bias, then you’re not helping.”

On brands and their silence

As the world confronts and exposes violent racism and as widespread social movements, such as Black Lives Matter, continue to grow, the discussion started regarding brands taking a stand.

Should a brand act quickly and share a statement of solidarity or activism, even if it’s seen as a hollow gesture? Or should they stay silent publicly while doing the quiet, internal work necessary in every organisation, even if that means the public perception might be that they don’t care? Do the brands that remain quiet do so out of guilt and fear that, if they raise their voices to support the movement, their own flaws would be interrogated and put on public display?

Rowlands summed up this marketing quandary well when she said, “If you don’t have a ‘why’ at the heart of your business that’s inclusive and values diversity, then you’re going to struggle, because you actually don’t have a soul. If you want to be part of the future, you have to go back and look at why you exist.”

Perhaps, then, the question of speaking up isn’t even the most-pressing one. It’s whether a brand that can’t communicate with authenticity and without fear has a place in 2020 and beyond. The consensus is that we’re looking for the conversation. Openness is important and for brands to tell us who they are and what they stand for. Then we can decide if we want to buy a product or service.

On white women and allyship

To build allyship, there needs to be more honesty between women, specifically white women. Do white women speak up or pass the mic? Do they ask questions of their black friends, or have these friends done enough emotional labour already? As Hulley pointed out, it’s about relationships and starting conversations with people you trust.

When white women are silent, is it because they’re afraid of their racist families; because these realities are so removed their lives; or because they don’t feel qualified to speak? Ngubane reinforced that, once again, it hinges on authenticity: “The only way to become an ally is to say, ‘I don’t know where I’m starting from, I don’t know what’s required from me, but I’m happy to learn.’”

She also questioned “cancel culture”. She framed it as toxic because, as soon as someone gets something wrong, they’re completely shut down, which doesn’t allow people to learn and grow. That culture instils fear, causes silence and stops the conversations which need to happen from happening.

Ngubane continued with a message for white women: “Ask us. There’s no such thing as a stupid question… We understand that you want to learn. In the same way that men don’t understand patriarchy as a privilege, a lot of white people don’t understand privilege. We can educate. We can explain. We’re here to help.”

On diversity and allyship in leaders

When it comes to leadership, there were two parts to the discussion. First, on a systemic level, hiring needs to be addressed. While there are diversity policies in place, it can’t be the only requirement. There needs to be an understanding that everyone in the room was hired for their skills, talent, knowledge, point of view and how they can take the company forward, so that nobody can ever say “she was a diversity hire”.

Secondly, on a more-personal level, leaders can’t just hire well and stop there. They also need to represent well. Leaders need to speak to each individual member of their team, find out their goals and help them get there; bring them into meetings, rooms and experiences that will help them grow; and ensure new hires are introduced along with their experience and why they’re a powerful addition to the team to make it publicly known that this person isn’t a token.

Hulley also pointed out the value of sharing success stories, to show others how progress works and to keep up the energy.

“Allyship is not self-defined — its work and efforts must be recognised by those we’re seeking to ally with,” said Hulley. Those learning to be allies need to ask questions more often: Did this work? How was that experience for you? Being an ally is not about you, but about those you’re attempting to help. They’re the ones who get to decide your success.

Much of the conversation was around taking action, which Rowlands encapsulated in this statement: “The days for diplomacy are over… If you speak out, offer a solution and empower people around you to take on these challenges, you will get results.” 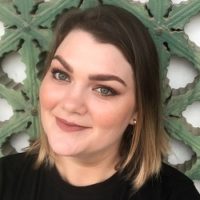 All Voices On Deck

Here’s what you missed at the last #SheSays event: The Hustle