Whether working in an ad agency, a brand or a startup, fostering creative thinking is an important part of the approach. While there may be no tried and true recipe or formula for success, many places are striving to figure out how to get the best out of their employees – from culture to creative output. Our panelists are industry leaders who have shaped teams, offices and integration. Come to our inaugural SheSays Boston event and  hear about their experiences in shaping creative culture and some of the wins and learnings along the way.

Emily Siegel is President and Partner at Lafayette American, one of the world’s newest, most dynamic creative agencies…which happens to be headquartered in Detroit, MI.

Prior to joining the team at L|A, Emily led the Content Studio at WPP (GTB / Team Detroit), helping Ford find innovative ways to tell its most important brand stories, including how to make Ford relevant to women, millennials and multicultural audiences. Some of her favorite projects included Ford’s first-ever branded podcast with Gimlet Media, a long-form documentary with Vice and a viral, female empowerment Valentine’s Day video, “Mustang Speed Dating.”  Oh, and a collaboration with Pitchfork, featuring a conversation between Sza and Zoe Kravitz, among others. One of Emily’s biggest regrets from her time at GTB was skipping a Ford/Jose Cuervo shoot in Tequila, Mexico. In 2015, Emily was named a 2015 AdAge “Woman to Watch.”

Before making the move to Detroit from NYC in 2013, Emily helped build the Content Strategy team at Federated Media, running content marketing programs for brands such as American Express OPEN, L’Oreal, Citibank, Cadillac and Chevrolet. Emily’s first few jobs out of college were at Teach for America and Nielsen/Buzzmetrics. She holds a degree in Journalism and Mass Communication from the University of North Carolina.

When Emily isn’t building the agency of the future, she’s hanging with her husband, 18-month old son and German Shepherd, Sasha. 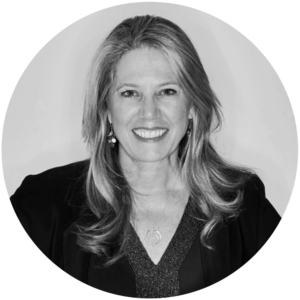 As president of MullenLowe Boston and New York, Kelly is focused on partnering with strategy and creative to make the work great; expanding the agency by delivering new ideas and value to existing and prospective clients; and fostering a culture of innovation and collaboration. She’s part of a leadership team responsible for almost 600 integrated marketing professionals across the agency’s full range of hyperbundled services, including strategy, creative, media, and public relations. Kelly works with many of the agency’s most progressive and innovative clients, including JetBlue, Royal Caribbean, American Greetings, E*TRADE, U.S. Cellular, and Burger King.

Kelly came to MullenLowe from Bank of America, where she served for 10 years as an SVP and channel marketing executive, overseeing advertising programming, agency management, and brand visual identity. She has deep experience working in creatively driven agencies, having been chief of staff at Modernista! working on brands such as Cadillac, Hummer, TIAA-CREF, and Product (RED).

Kelly has been a keynote speaker at the 3% Conference, at CEB’s ReimagineHR conference, and within the IPG Women’s Leadership Network. Kelly also runs her own online forum related to professional and personal development, MyYearOfWhittling.com, and is an avid supporter of the Special Olympics. 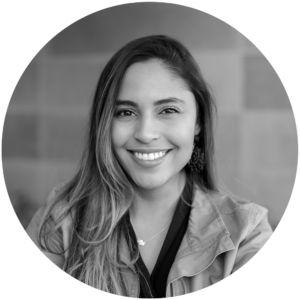 Mimi Lopez is the Manager of Diversity & Communications at Hill Holliday, a full-service creative ad agency located in the heart of Boston’s financial district.

Being a leader in diversity and a champion of change, Mimi has helped implement new policies and executed countless D&I initiatives to support Hill Holliday’s goals of fostering an inclusive office environment—working closely with her agency’s Chairman & CEO, President, Director of Agency Communications and Head of HR. By organizing office employee resource groups, hosting educational seminars and providing open forums in the form of D&I council meetings, intimate conversation dinners, and newsletters, Mimi has opened opportunities for all employees to feel represented and have a voice.

In 2019, Mimi was named one of Business Insider’s Rising Stars under 35 Who Are Revolutionizing the Advertising Industry for her efforts in Business Development and Diversity & Inclusion. 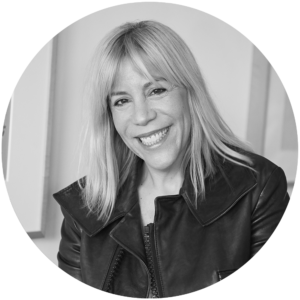 As part of the very first team at Rue La La, Rachel developed the voice of this breakthrough ecomm brand across every channel, from site to social to video and beyond. She then went to work on consumer brands at digital ad agency SapientNitro (including Luxottica and Sunglass Hut). After that, the former Rue CEO asked her to join LAUNCH, his new incubator, where she lead creative and then editorial for M.Gemi (luxury Italian shoes, one of the first direct-to-consumer brands) and then for Follain (clean beauty).

Rachel launched Honor Code Creative in 2017, where her focus is on retail clients, especially with women and their allies as the end consumer. Past and present clients include Sperry, Spyce, Converse, Ministry of Supply, Talbots, Bluestem Brands/Appleseeds, PaintNite (now YayMaker), Hearts on Fire, Sarah Flint, and a large, national retail chain and leading health care insurer (both require confidentiality).

She is an experienced speaker and workshop leader whose audiences have ranged from the Junior League to the women’s group at Goldman Sachs to 500+ Rue La La customer service representatives in Kentucky who needed to change the way they represented the brand. She is also a former journalist and published novelist (Number 6 Fumbles) whose work has appeared in the Pennsylvania Gazette, Harvard AIDS Review, The Boston Globe, and InStyle among others.